Snooj was able to get my missed mail off the buffer, looks like all of it. Yay!
Now I just have to read through 2 weeks worth of email. =)

I was thinking today about the subtle changes I’ve made over time to my eating routine at work.

Last year I switched to using a mug instead of getting styrofoam cups from the cafeteria, and then to using metal silverware instead of disposable plasticware.

Recently I switched to a cloth napkin instead of paper ones.

Compared to what I was using before, just this year alone, I have saved:

At home, I still use paper towels for napkins (though I have the half-size ones) – I have enough cloth napkins that I could use them at home, too.

When I have a frozen dinner, I recycle the cardboard box it came in, and rinse off and recycle the plastic tray the food was on.

It’s all worked out well so far, I actually find a mug, metal silverware, and a cloth napkin actually are more enjoyable to use… makes me think of the “Finer Things Club” from the show The Office, where they get together once a week and use real plates and silverware to eat lunch.

My only gripe is that the cloth napkins I got are cotton, when I wash them they get all wrinkly, and they are a bit rough. Maybe I’ll try some other fabrics.

I still throw out a styrofoam container every weekday, since that is what they serve the food in at the cafeteria. If you order something like a sandwich, you can get it in a plastic tray/basket, which they wash and reuse, but if you get something with sauce or dressing, then pretty much your only option is a styrofoam container.

I could bring in a container, but since I get a salad on most days, and salad is priced based on weight, using my own container would actually cost me more money, since it would weigh more than styrofoam.

If you tried to email me at my tev (at) tev (dot) net account in the past two weeks, I didn’t get it – there was some kind of glitch at Points South that resulted in my mail bouncing instead of getting through.

Should be fixed now though, Alex started looking at it yesterday and figured it out today around noon. I tried a couple tests and they got through ok.

Since mail was bouncing, I think that two weeks of mail is gone forever. Snooj mentioned they might have the last day or two in a buffer, but I’m not counting on that, since it was bouncing in a weird way.

Which sucks… I was wondering why I never got an email notice when my E*Trade stock purchase went through, or when I tried that RealAge thing…

I’ve been toying with the idea of handling my mail through google, which would make sense since I use the gmail interface to check my mail anyway… I think I just have to get my mxrecords to point to gmail or something. Maybe I’ll look into it this weekend.

On the plus side, my E*Trade stock purchase cleared today, might take another day or two to transfer it into my bank account, but then I can pay off my discover card and car, and I’ll be debt free! Yay! 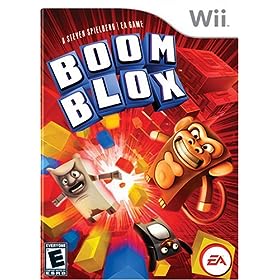 On Friday, I cashed out some stock, not a lot, but enough to pay off my car, pay off my credit card… and some left over in case Apple comes out with a new iPhone next month. Heh, you didn’t think I was going to be *too* responsible, did you?

It takes a few days for the stock sale to go through, so I probably won’t have everything paid off until next week. But it’ll be sweet to have no debt. Well, I will still have the house mortgage, but that’s still cheaper than rent. And I’d been putting $500 or more a month towards credit cards, and $666 a month for my car payment, so it will be like getting a $1000 a month raise!

I could even do something crazy, like save some of it or something. Right now I don’t really have any savings to speak of. I have like $50 in a savings account. Yeah.

As excited as I was about OLPC, I’m even more excited about OLPC 2.0.

It takes the OLPC design and makes it smaller, sleeker, and hopefully, more usable.

Instead of a screen and a keyboard, it’s two touchscreens on a hinged design.

It’s still 2-3 years off, but hopefully by then battery technology will improve, and the price of touchscreens will come down.

So it’s still in the concept stage, but looks promising!

Got my new ATSC Tuner last night, it’s a Samsung DTBH260F. It works well, I can now get digital TV in my room. I got it because it has a variety of outputs, including HDMI.

I have a couple complaints about it:

Returned the cable boxes and cable cards to Charter this morning.
I couldn’t find the component cables, but they didn’t need them back.
They are supposed to shut off the cable today, then we’re rid of them.

I went for my first bike ride of the year today. This week is “bike to work week” so seemed like a good kickoff.

I met Ben at his house, and we biked from there to Staples, then after work biked back. It was a nice ride, though hilly, which showed me that while I thought I was in decent shape, I’m not when it comes to biking.

The ride went smoothly, but I had a mishap afterwards.

Last year I bought some bike shoes and bike pedals that clip together, but hadn’t been able to put the pedals on because the old pedals were on too tightly. Ben got the old ones off for me, using a vice to hold the crank steady while he used a wrench attached to a long piece of pipe to get the leverage to loosen the pedals.

Once the new pedals were on, and the clips were attached to the bike shoes, it was time for me to try them out.

I found them very, very difficult to use. Getting clipped in is a matter of exactly lining up the clips, and putting all my weight down on it until it snaps into place. And getting out… well, that’s where the mishap occurred.

I was leaning against Ben’s porch railing, practicing getting clipped in and out, and got clipped in, but couldn’t get unclipped. To unclip the pedal, you have to rotate your foot about 60Â° – which wouldn’t be too bad if it was a pivot from the toe, but the clip is in the middle of the foot.

Try it right now. Put your foot flat on the floor, and try to pivot it somewhere between 45Â°Â and 90Â°, using the arch of your foot as the center of rotation. It’s not easy.

Unable to unclip myself, I fell sideways, crashing into the steps with the bike on top of me. I held out my hand as I fell, so although my leg hurt, it was my hand that took damage.

Ben helped me unclip by grabbing my foot and rotating it. Once free, I noticed the ring finger on my right hand was bleeding, from a couple scrapes on the side, and also I had torn the skin off my fingertip, it hung as a flap. I mentioned this to Ben, he made an “urk” sound and went to get some bandaids. For some reason Ben’s squeamishness around blood strikes me as out of place, because he’s very matter-of-fact and non-squeamish in all other matters. As a father of two kids, he must have to deal with blood and other bodily fluids all the time…

The mechanical advantage of using clips is pretty big, they make it so that you apply energy to the bike on the upstroke in addition to the downstroke, without a clip you are only applying energy on the downstroke. Clips also make it easier to stand up on the bike, for going up steep hills.

For those reasons, I’ll practice using the clips again until I get it, but right now, I’m not a big fan of them.

So tonight Adam and I messed around with the new antenna, we disconnected the Charter Cable connection and hooked the antenna up in its place. Tivo and Adam’s new TV recognized several digital signals. Olde TVs without digital tuners (the one in my bedroom, and the one in Adam’s livingroom) will need digital tuner boxes, but with Tivo working with the antenna, we are pretty much ready to pull the plug on cable, saving ~ $130 a month.

We’ll have to find alternate sources for some channels like cartoon network and sci-fi channel, but for the most part we should be covered.

For now the antenna is in the spare room upstairs, it might not even need to go on the roof. Could always put it up there at some future point though, I have the pole and stuff to mount it.

My dad pointed me to The Roches, who are also enjoyable.

Slightly older-style, the soundtrack to “O Brother, Where Art Thou” is also good.